Volkswagen Financial Services were in global demand in 2016 and once again made a significant contribution to the Volkswagen Group’s earnings. Success was boosted by an attractive product portfolio and international presence.

Volkswagen Financial Services continued its success story in fiscal year 2016 and posted another record year. Diverse products, attractive terms and an exceptional range of services contributed in equal measure to this success.

In addition to offering mobile, cashless payment services for parking processes in German cities via “sunhill technologies GmbH”, Volkswagen Financial Services intensified its work in this area during the reporting period and acquired “PayByPhone”, the world’s leading cashless payment provider for parking processes. Customers can use the “PayByPhone parking” app to select a parking location and duration and then pay for it on their smartphone. In 2016, PayByPhone processed some 60 million transactions with a total volume of approximately €240 million.

MAN Financial Services, which is part of Volkswagen Financial Services, grew its product portfolio by increasing the range of services for the MAN Card. A major expansion of the acceptance network was achieved through cooperation with 49,000 TOTAL and AS24 filling stations across Europe. Collaborations like this are putting MAN Financial Services on course to becoming the largest fuel services provider in Europe, and there are plans to expand into processing road toll payments in future.

Volkswagen Financial Services won recognition for the third time in a row in the “Great place to work” competition. It was named as Germany’s best employer among companies with more than 5,000 staff. An employee survey rated key workplace- and HR-related criteria.

The funding strategy of Volkswagen Financial Services was shaped in 2016 by the consequences of the diesel issue. Unsecured bonds for funding purposes were only issued in some local markets. In May 2016, a first unsecured renminbi bond was issued in China, for example. This debut bond from Volkswagen Finance (China) Co., Ltd. had a total volume of 2 billion Chinese renminbi and a maturity of three years. Bonds were also successfully placed in Turkey (maturity of 1.5 years, total volume 117 million Turkish lira) and Russia (maturities of 2.5 and 1.5 years, each with a total volume of 5 billion Russian rubles), among other places, to cover funding requirements.

Volkswagen Leasing GmbH was active on the market again in 2016 with its asset-backed securities (ABS) transactions. German leasing receivables were securitized in April 2016 in the “Volkswagen Car Lease 23” transaction, which had a volume of approximately €750 million. “Volkswagen Car Lease 24” was placed on the market in November 2016 and increased from €750 million to €1.25 billion due to strong interest from investors.

Outside Germany, Volkswagen Financial Services was active on the market with various ABS programs. It conducted transactions in Australia, China, the UK and Japan, among other places. A total of three bonds were placed in China in the course of the year. After Germany, Japan is the market with the longest ABS history for Volkswagen Financial Services.

Furthermore, the stock of customer deposits continued to rise as part of the diversified funding strategy. In addition, commercial papers were issued and credit lines were used.

Thanks to its sustainable refinancing measures, Volkswagen Financial Services AG once again successfully passed the bank stress test coordinated by the European Banking Authority (EBA). On the basis of the 2015 annual financial statements, a baseline and an adverse scenario were simulated for the years 2016 to 2018 and the capital ratios were calculated under the given preconditions. The stress test proved that Volkswagen Financial Services AG has a solid business model and adequate capital resources. 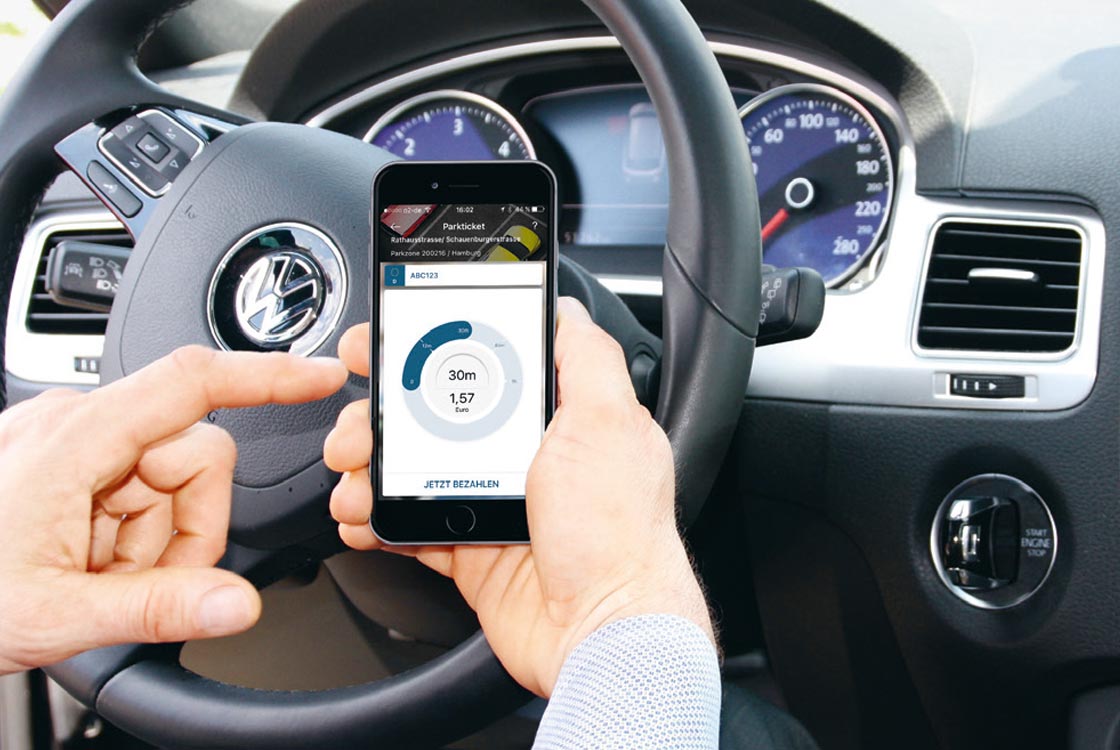 At 6.5 million contracts, the number of new financing, leasing, service and insurance contracts signed in the reporting period was 12.7% higher than in the previous year. The total number of contracts as of December 31, 2016, stood at 16.1 million, a new record figure (+9.9%). This included 8.9 million contracts in the Customer Financing/Leasing area, an increase of 6.7% compared with the previous year. The underlying contract types were modified according to their significance. The Service/Insurance area posted a year-on-year increase of 14.2% to 7.2 million contracts. With credit eligibility criteria remaining unchanged, the penetration rate, expressed as the ratio of financed or leased vehicles to relevant Group delivery volumes – including the Chinese joint ventures – rose to 33.1 (31.3)%.

Volkswagen Financial Services generated sales revenue of €27.6 billion in fiscal year 2016, up 6.4% on the previous year. At €2.1 billion, operating profit exceeded the prior-year figure by 9.6%. The new record result was primarily due to the growth in business. It made a significant contribution to Group earnings, as it has done in previous years.